Sign up here to receive our newsletter
Travel News

These are unusual times, and the state of affairs can change quickly. Please check the latest guidance before travelling. Our writer visited these hotels prior to the pandemic.

An expert guide to the top Indian Ocean hotels, including the best for overwater villas, white sand beaches, open-air cinemas, coral reef diving, botanical gardens and watersports, in locations including the Maldives, Mauritius, the Seychelles, Sri Lanka and Tanzania.

The tropical island of Mauritius, once a haunt for pirates, is now best known for luxury hotels on white sand beaches with volcanic mountain backdrops. It is an island for exploring, with Indian temples, colonial houses, botanical gardens, and opportunities to spot rare birds among soaring ebony trees, walk with lions or swim with dolphins. Mauritians, a fusion of French, Indian, Creole and Chinese peoples, are renowned for their hospitality and visitors to the islands generally rave about the service.

Grand Baie, Mauritius
8/10 Telegraph Expert Rating
This cosy and refined thatched five star nicknamed ‘Royal Calm’ sits on Grand Sable, a heavenly ivory sand cove in Grand Baie. It's a Leading Hotel of the World, with a focus on relaxing by the beach (a bevy of uniformed staff in attendance), lingering lunches at Le Bar Plage, and unwinding at the spa.
Directory Offer: Save up to 20% off accommodation costs at the Beachcomber Hotels in Mauritius.
See Beachcomber Tours on The Directory
~

Scattered across the Indian Ocean like a trail of crumbs, the 115 islands of the Seychelles are not paradise – they are far more interesting. The Seychelles can deliver the tropical romantic ideal, often to a stupendous degree, but it is not a destination where you should expect to fly in and find heaven waiting in the arrivals hall. It comes only to those who find the right hotel at the right time, depending whether you want to dive, fish, sail or watch birds or turtles – or just walk along the beach holding hands.

Silhouette Island, Seychelles
8/10 Expert Rating
Set beneath the mysterious peak of Mont Dauban, the resort stares across the glimmering Indian Ocean towards the island of Mahé. Flying foxes glide above the palm-fringed beach at sunset and the island feels like a private kingdom.
Directory Offer: 10% off Best Available Rate when booking direct. Quote TOMSDIARY.
See Hilton Seychelles Labriz Resort & Spa in The Directory
~

Sri Lanka is incredibly diverse, offering everything from beaches, colonial architecture, temples, mountains, history, watersports and trekking. As well as being a family-friendly destination, the island is home to an abundance of wildlife; highlights include blue and sperm whales, leopards, elephants and sloth bears. Thanks to two opposing coastal monsoons, Sri Lanka is a year-round destination with plenty of sunshine and consistently high temperatures, though a cooler climate prevails in the hills.

Galle, Sri Lanka
9/10 Telegraph Expert Review
Set in spacious gardens, just inland from Galle's palm-studded coastline, Why House is one of those rare hotels that suits couples and families alike. It's also a favourite with returning guests charmed by its accommodating staff, tranquility and home-from-home vibe.
Directory Offer: 20% off direct bookings & food for children under 8 is FREE.
See Why House on The Directory

'Airbnb is valued at $100bn, but this private holiday club takes 'home stay' to the next level'

Hot on the heels of last week’s news that Airbnb has just been valued at $100 billion on the Nasdaq stock exchange, Stay One Degree, an exclusive members-only community allowing discerning travellers the chance to rent luxurious homes from each other, has announced a substantial investment by Mandarin Oriental Hotel Group.

While Stay One Degree remains tight lipped about what form the partnership will take, one can’t help thinking that decadent private rentals such as those in its collection, which span everywhere from Provence to South Africa, coupled with Mandarin Oriental-level service, could be a pretty fabulous idea.

Plus, a friend rang last night full of woe to say that he’d been defrauded of £3,000 by a scammer on Airbnb. That’s the danger of these websites: the anonymity, and – if something goes wrong – the nightmare of navigating the complaints procedure. Which is why Stay One Degree is such a genius concept.

Founded by two friends, Thomas Bennett and Jorge Munoz, in 2017, it's a website to connect someone who owns, say, a rarely visited private island in Indonesia, to someone else with, let's suppose, a large and currently empty chalet in Morzine.

Of course, money changes hands: this isn't timeshare, you are hiring someone else's place. And you can join even if you don't happen to have an astonishingly swanky property to lob into the mix. But the point is that neither the owners nor the renters stay anonymous. Since it's a private club, though, that isn't a problem. In fact, it's the whole point.

"I was sick of staying in hotels, or renting a holiday villa that didn't feel like a home," explains Bennett. "And when I went to stay at friends' houses, it always felt much more fun. And I treated the property differently too."

Indeed, if you're staying in a house owned by someone you know, or by a friend of a friend, you treat it with respect. In exchange, the house owner won't fob you off with second-rate Ikea furniture and lock away all the good glassware leaving you with plastic cups to drink from. Think of it like a social network for luxury holiday homes.

That networking feeling extends to the whole transaction so, before you go, you can ask your host for recommendations for restaurants or secret beaches. It's quite a step up from Tripadvisor. And that's because both you and your property have to be thoroughly vetted before you are allowed to join. But once you're in it's worth it, what with private islands in the Bahamas, 14th-century, 73-bedroom castles in County Durham and 11th-century châteaux on the French Riviera on its books.

The vicissitudes of 2020 haven't put the brakes on the business, says Bennett: "We've grown so we now have 4,000 homes," he tells me. "Of course, it's not a normal year, but because of travel restrictions, if you're stuck in the UK, you'll stay in a British property, so all through the summer everything we had in the UK was full. In America people were taking staycations, in France everyone wanted to drive or take the train somewhere else in the country. Spanish members wanted to stay in Spain..." You get the picture.

Thanks to their extensive Hong Kong and Singapore membership, the co-founders of Stay One Degree knew what was going on in Asia early and they had put in pandemic measures globally by mid-March. That means allowing extra time (48 hours) between check-ins, an even more thorough deep clean between guests, and, for instance, advising owners not to launder sheets on site but to send them to professional laundries. Some members booked properties for months at a time to work from home in more salubrious surroundings, and questions such as, 'How far away are the nearest neighbours?' have become more frequent.

That wasn't a question I was asking when I booked my Stay One Degree experience a year ago. Rather, I was after neighbours, and bustle, and fun: theatres; cinemas; restaurants; shops; cafés... It was my daughter's first trip to New York and I wanted her to have the whole Big Apple experience. Those were the days.....

Continuing reading on The Telegraph online HERE
Directory Offer: Booking offer available on application.
Stay One Degree on The Directory 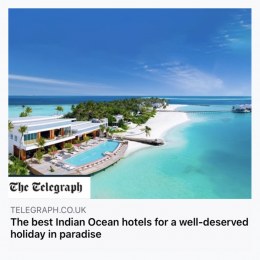 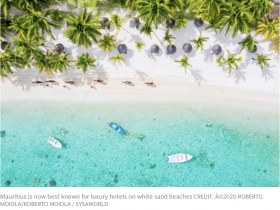 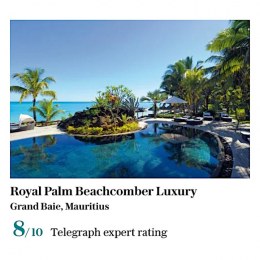 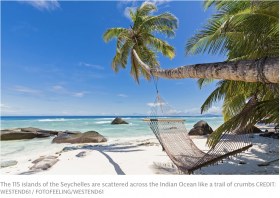 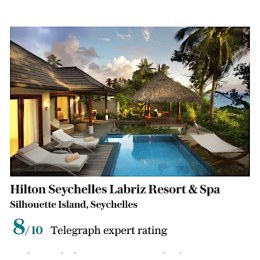 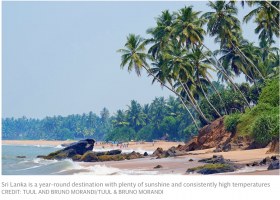 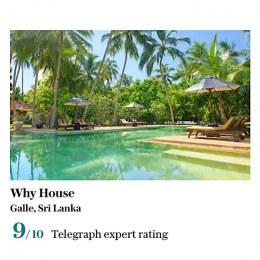 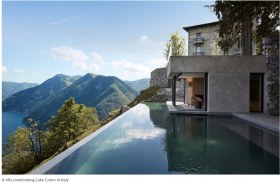 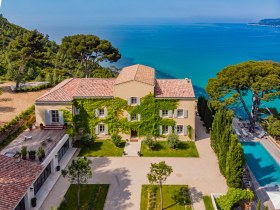