Sign up here to receive our newsletter
The Book Club

One of The Directory readers suggested we create a Book Club which we agree is a brilliant idea. Below is a list of books Directory readers have read recently and recommend. Please do send us your recommendations and we will add them to the list.

A stunning new departure for Maggie O'Farrell's fiction, Hamnet is the heart-stopping story behind Shakespeare's most famous play.

On a summer's day in 1596, a young girl in Stratford-upon-Avon takes to her bed with a fever. Her twin brother, Hamnet, searches everywhere for help. Why is nobody at home?

Their mother, Agnes, is over a mile away, in the garden where she grows medicinal herbs. Their father is working in London. Neither parent knows that one of the children will not survive the week.

Hamnet is a novel inspired by the son of a famous playwright. It is a story of the bond between twins, and of a marriage pushed to the brink by grief. It is also the story of a kestrel and its mistress; a flea that boards a ship in Alexandria; and a glovemaker's son who flouts convention in pursuit of the woman he loves. Above all, it is a tender and unforgettable reimagining of a boy whose life has been all but forgotten, but whose name was given to one of the most celebrated plays ever written.

The Soul of a Woman by Isabel Allende
The great Chilean writer discusses her own lifelong feminism and the understanding that it has brought about what women really desire, alongside hard-won life lessons for the current generation of young women finding their voices.
“My theory and practice is to say yes to life and then I’ll see how I manage along the way.”
Part memoir, part manifesto of a fiercely independent spirit; intelligent and lyrical.
Review by John Sandoe Books and listed as one of its 'Books of the Year 2021'.
~
Winston's Spy: Carlton Chronicles 1 by Robert Webber
"1939. The storm clouds of war are gathering over Europe and the conundrum faced is whether the Soviet Union will reach a peace concord with Nazi Germany.

How can Britain plan for war with Germany without knowing Stalin's intentions? The Baltic States hold the key and in particular Russia's old Grand Duchy, Finland. One man can make a difference and Alex Carlton is recruited by MI2 (the division of Military Intelligence that deals with Russia and Scandinavia) to go undercover in Finland to gain insight into Finnish intentions; but will Alex's past be a help or hindrance? As he progresses through training and prepares for his mission, Alex's life becomes complicated by love and intrigue that nearly derails his assignment and that would upset Winston Churchill himself!"

"A gentle book  I couldn’t put down about the author’s family secrets, the answers to which are uncovered only by forensically looking through old  black and white photos. The pre-war Lincolnshire coast was so vividly described I almost felt the sand between my toes and it’s remoteness echoed the submissive isolation of one of the  central characters."

Review by Directory Member Caroline Marston, Chairman,  Marston Properties.
~
Prodigal Summer by Barbara Kingsolver
"My recommendation is ‘Prodigal Summer’ by Barbara Kingsolver, who also wrote ‘The Poisonwood Bible’, another great book. I particularly loved the former where the author creates vivid pictures of the surroundings based in the Appalachian mountains and brings the characters to life equally as vividly - a great read!"
Reveiw by Directory Member Nicky Whiteford, Lotte Berk Barre.
~
The Beekeeper of Aleppo by Christy Lefteri
Beautifully written; a moving and heartbreaking story which gives a real and human insight into the plight of refugees and this beautiful country. It is a powerful reminder of how peaceful and ordinary lives can be turned upside down. An easy, fascinating and thought provoking read. Highly recommend.
Reveiw by Directory Member Alex Pearson, Manuka Direct.
~
The Duch House by Ann Patchett
Rich in metaphor and flawless in tone, The Dutch House sees one of the world’s finest living novelists at the top of her game. Shimmering with melancholy, this extraordinary book takes a scalpel to family dynamics and the irretrievable loss of youthful pride. A novel of jewel-like beauty and emotional insight. (Waterstones)
"I’ve never read anything by Ann Patchett before but it was definitely one of the best books I read in 2020."
Reveiw by Directory reader and former Thomas's parent Min Wegulin.
~
Machines Like Me by Ian McEwan
"Machines Like Me is set in an alternative 1980s London where Britain has lost the Falklands war. The book is about Adam, an artificial human who's personality is designed by his owners Charlie and Miranda, and the impact he has on their lives and especially the way in which he deals with Miranda's secret. It is beautifully written and leaves us thinking about what makes us human."
Review by Sarah Lacaille, Silks PR & Marketing
~
Away with the Penguins by Hazel Prior
"...just what we need now... I don’t know whether it was just timing i.e. I needed a book to transport me away from 2021 but Away with the Penguins made me soar. A good book is meant to do that, isn’t it? The weather was grey, everywhere was flooded and the news was as gloomy as ever so last weekend I curled up on the sofa and read this book."
This year’s Eleanor Oliphant . . . Funny, bittersweet and wholly original.’ Daily Express
Read Annabel's full review at Annabel & Grace
~
American Dirt by Jeanine Cummins
"I loved American Dirt - the portrayal of a woman and her son pursued by a drug cartel in Mexico shocked me, the beauty, kindness and strength of their characters sucked me into their story. Their treacherous journey humbled me with my comfortable life.
Such a great read, couldn’t put it down, hands down my fiction book of 2020."
Spoon Fed by Tim Spector
"My favourite non fiction - a really interesting and accessible book on nutrition, cutting through the myths and fads that circulate. He references the science to back up all his theories and opinions, points out the lack of science behind many government backed food policies, and the scandalous relationship between food industry and policy makers too. He manages to make this into an engaging and entertaining read, should be read by everyone, government included!"
Reviews of American Dirt and Spoon Fed by Directory Member Caroline Davies. See Caroline Davies Nutrition on The Directory
~

The Woman in the Polar Night by Christiane Ritter
"This book could not be written today as too much progress has been made in conditions, clothing, communications, food storage and necessities of life. Global warming has changed the landscape since 1934 when Christiane, an artist, recorded her extraordinary year in the Arctic with her husband, Hermann and his assistant Karl.
She arrived on the ferry to Spitsbergen where the captain of the ship tried to persuade her not to disembark on to this grey forbidding frozen landscape. The ferry would not return for a year. Christiane learns how to live in the hut provided, cooking and eating seal, day after day battling with the stove and the fuel pile outside. Snow frequently covers the whole hut. The men go off on trapping expeditions leaving Christiane with no human contact, alone in the polar night.
My Book Club found it one of the best of 2020."
Review by Directory Reader, Elizabeth English
~
The Heart’s Invisible Furies by John Boyne

"Most people will know John Boyne from his hard-hitting book The Boy in the Striped Pajamas, but this book is something else entirely. A big, sweeping novel about love, identity and acceptance. One of my favourite books."

Daisy Jones and The Six by Taylor Jenkins Reid

"A gripping novel about the whirlwind rise of an iconic 1970s rock group and their beautiful lead singer, revealing the mystery behind their infamous break up."

“The characters were beautifully layered and complex”. Reece Witherspoon

Reviews of The Heart's Invisible Furies and Daisy Jones and The Six by Directory reader, Annabel Dearlove

Where the Crawdads Sing by Delia Owens
This book is a Sunday Times Bestseller and is recommended by HRH The Duchess of Cornwall who says... "All is not as it seems in this beautifully written, heart-breaking coming-of-age novel. I couldn't put (or my handichief) down!"
Delia Owens describes her first novel as “A nature-immersed mystery and love story with an ending that you’ll never guess, and never, ever forget.”
Fiona Clare, one of the Duchess's favourite designers also likes this book. See Fiona Clare on The Directory
~
Authenticity Project by Clare Pooley
If you are looking for something heartwarming to read how about trying this story which is set in London and is full of hope, community and the kindness of strangers. Clare Pooley says... "My debut novel - The Authenticity Project, was inspired by my own experience of exposing the rather grubby truth about my own seemingly perfect life, and is being published in twenty-nine territories in 2020. I’ve written a book about my own life, The Sober Diaries."
www.clarepooley.com
"Clare and I were at school together and she was forever clutching a red A4 folder which she filled with stories, observations and no doubt tales of our antics!" Katie Barkshire, Silks PR & Marketing
~
The Autumn of the Ace by Louis de Bernières
The third in a series of historial fiction novels by Louis de Bernières, the author of Captain Correlli's Mandolin, was released earlier this year and is every bit as good as its forerunners, The Dust that Falls from Dreams and So Much Life Left Over.

"A moving account of an extraordinary life in extraordinary times. Daniel is a flawed but captivating hero, and his coming-of-age story illuminates both the effect of two World Wars on a generation and the irrepressible spirit and love that can connect people despite great obstacles."
~

No One Is Talking About This by Patricia Lockwood

A woman known for her viral social media posts travels the world speaking to her adoring fans, her entire existence overwhelmed by the internet – or what she terms 'the portal'. Are we in hell? the people of the portal ask themselves. Are we all just going to keep doing this until we die?

Suddenly, two texts from her mother pierce the fray: 'Something has gone wrong,' and 'How soon can you get here?' As real life and its stakes collide with the increasing absurdity of the portal, the woman confronts a world that seems to contain both an abundance of proof that there is goodness, empathy and justice in the universe, and a deluge of evidence to the contrary.

'I really admire and love this book. Patricia Lockwood is a completely singular talent and this is her best, funniest, weirdest, most affecting work yet.’ Author and screenwriter Sally Rooney

“A bawdy story about a woman whose life is turned upside down when a viral social media post makes her famous, just as family disaster strikes” – Independent

Please try and buy books at your local bookshop - Many of them are currently doing delivery and click & collect.

Please send your book recommendations and reviews to: 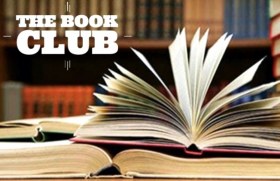 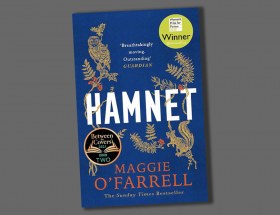 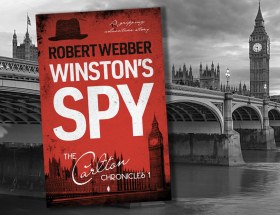 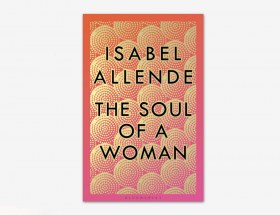 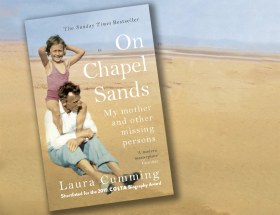 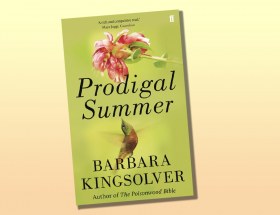 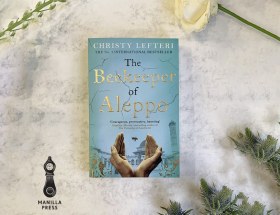 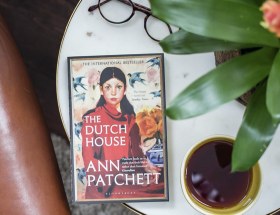 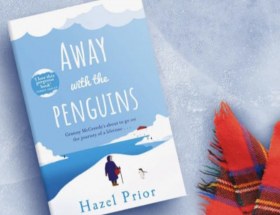 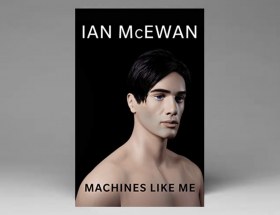 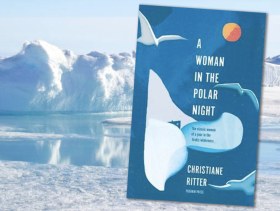 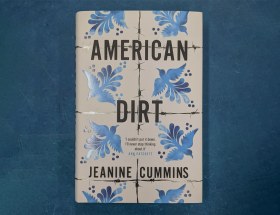 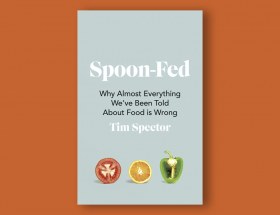 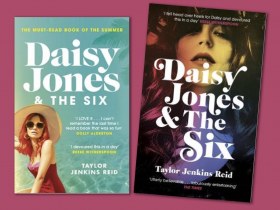 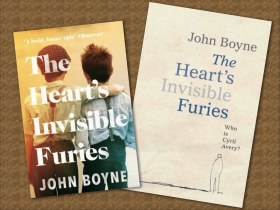 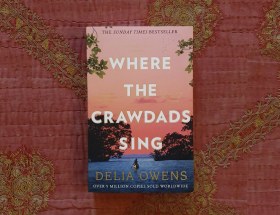 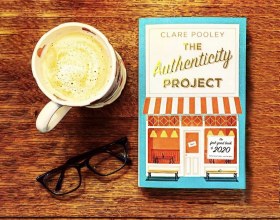 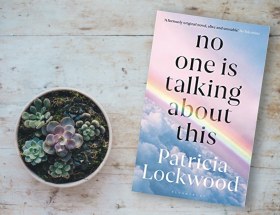 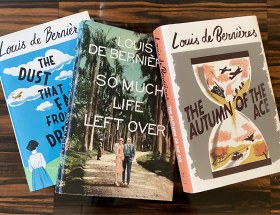 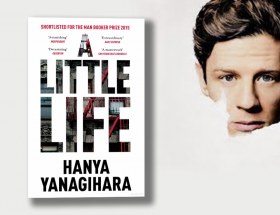