When did you first become interested in painting and where did you train?

Drawing, painting, playing with colour, shapes and form was an obsession from a very early age. I remember winning an art prize aged eight years old and vowing that when I grew up, “I would be an artist.” It is something that I have never wavered from. My initial training was in the art rooms of St Mary’s Calne and Bedales, followed by a Foundation Course at Byam Shaw School of Art. An apprenticeship with an artist in Africa held me captive during university years. Edinburgh University gave me an English, Philosophy & History of Art MBA, but Africa introduced me to the magic of light! Thereafter, I was lucky enough to have four years at Charles Cecil Atelier in the incredible city of Florence.

Who’s portrait have you enjoyed painting most and why?

The Helen Hayes Award winning actor, Ted van Griethyusen. Many years ago, I went to see Bertoldt Brecht’s play, ‘The Life of Galileo’ and fell in love with the character of Galileo, played by Ted. I resolved then and there to write to him and ask whether he might sit, in the guise of Galileo, for his portrait. To my delight this was met with great enthusiasm.

When Ted first walked into my studio, I knew I was in the presence of a truly great man, a wise and generous intellect, a teacher and a friend who has changed the way I look at the world. Painting him was an inspiration, our conversations intoxicating. It was one of those beautiful moments when literature, theatre, music, painting – in short, all of the arts - came together.

Do you try to get to know the sitters well enough so you can capture their character in their likeness and how do you do this?

To paint a portrait is to go on a great adventure with another human being. It is a rare privilege to spend concentrated time with someone outside immediate family, with only music, conversation and coffee for company! It is a very relaxed process, and I like to think, really fun, involving much laughter, rich conversation and often, an emerging friendship as the portrait progresses. To me, portrait painting is about listening, and about learning someone, and the extraordinary process of characterisation that emerges through that. Being a portrait artist is about seeing and being seen, it is about an open responsiveness in working together, from life.

Is there a difference in painting the portraits of children and adults?

Essentially I approach every person with the same curious wonder. The joy of being an artist is seeing something as if for the very first time, every time you pick up a brush. Painting is a celebration of life and the miracle that is being alive. It is about having the courage to find connection and meaning, it is about loving one another in all our beauty and sometimes, in our brokenness. Painting is an exciting, challenging and serious matter to me, but I try not to take it too seriously!

Above all portrait painting should be fun, playful, a dynamic exchange of ideas and experiences, no matter how young or old the sitter. In responding to each person on an individual basis I do of course adopt very different methods to draw out the soul and inner character. I adore working with children; their innocence, wide eyed beauty, energy, creativity and imagination takes my breath away. Likewise though, I am often stunned by the experience, stories, courage and integrity of so many adults I have painted. Regardless of the subject therefore, I paint with the same emotional pallet. It is a very great joy and privilege to get to know someone, young or old, and to make a friend in this way.

When did you become a war artist and why?

I have always been fascinated in the ability of the still image to tell the human story. Nowhere can you see more of that human story, the very worst and the very best of what it means to be human today, than in the theatre of war. War is terrible, devastating, tragic, but it can also reveal moments of startling beauty, courage, love and sacrifice. My work is about trying to find those moments of beauty, and about trying to capture the universal silence beyond the noise of battle, the silence that reveals the posssiblity of love and hope that lies at the heart of the human soul. In this way, I am perpetually searching for light in the dark corners of existence.

Tell us about your installations and why you create them.

As a war artist, my interest lies in the human face of conflict, in the immediate impacts and long term consequences of war.  Having worked as an officially accredited war artist in Iraq and Afghanistan since 2006, I became increasingly interested in documenting the legacy of those wars, and the thousands of displaced men, women and children that were fleeing from those countries.

Nothing however prepared me for the tragic scenes that I witnessed in Lesvos in 2015. Over 5,000 people were arriving there a day, whilst thousands more were lost at sea. In response to this overwhelming humanitarian crisis, I resolved to highlight the plight of refugees in an installation artwork called Flight. This was a rubber dingy that I salvaged from the Aegean sea. It had been found adrift, with 62 refugees (many of them women and small children) onboard. All would have drowned had the Coastguard not come to their aid. I suspended this dingy over the nave of St James’s Piccadilly, with three salvaged lifejackets hanging from its’ depths. The two adult, and one infant jacket represented the Holy Family’s Flight to Egypt, reminding us that Jesus, a baby who grew up to change the course of the world, was born to refugee parents, living at a time of equal violence and political uncertainty. The global response to Flight was overwhelming, with letters, poems, prayers and drawings flooding in from around the world.

Suspended was my response to this ongoing situation and to what I see as one the defining issues of our time. It is an installation artwork that is comprised of hundreds of items of salvaged clothing, collected from the beaches of Lesvos, where Syrian, Iraqi and Afghan refugees had discarded their garments after their traumatic sea crossing. I felt these clothes told an intimate story of the wearers of the clothes, hinting at journeys’, trauma and collective memory that can only be imagined at.

In hanging the clothes above the nave of St James Piccadilly, Canterbury Cathedral & Leicester Cathedral in a state of arrested movement, Suspended asks the viewer to engage in the urgent plight of what it means to be a refugee today. The installation is lit from the centre by an orb that changes in density. As it brightens it represents the light of hope by which a refugee travels, and the light within ourselves that might validate that hope. As it dims, it serves to remind us of the darkness we leave our fellow human beings in should we ignore their plight.

What is your connection with Thomas’s?

I am delighted that my two children are current pupils at Thomas’s Battersea, which is a truly wonderful school. I am also honoured to have my installation A Shared Future hanging in the central stairwell of the school. Comprised of clothes worn and discarded by refugee children, it asks parents and pupils alike to engage in our ‘shared future’ with awareness, responsibility, courage and compassion.

I am also an old Thomas’s girl, and look back on my time at the school (in its’ early years) as one of the happiest times of my life. Although bigger now, the principles and ethics of the school remain very much the same as all those years ago!

What does the future hold for you?

I currently have a rather long queue of very exciting portrait commissions (including an enormous 12 foot canvas!)  to work on in my Chelsea studio. I also work on the committee of a number of charities, and enjoy giving a wide range of talks, raising awareness about the tragedy of war and the possibility of hope and change.

I am however haunted by what I saw in Aleppo and Homs last year and am currently working towards a new installation that will reflect our universal vulnerability, the devastating waste of war, and the urgent need for compassion, understanding and tolerance in today’s world. There are few days when I do not think about ways in which to support young people effected by war, whether they are refugees finding new lives in Europe, or a whole generation whose collective childhood has been stolen by war in the middle east. To that end, I have ongoing plans to return to the middle east in preparation for a new body of work about children in conflict.

I am also hugely honoured to have been invited as an expedition artist to cross the Aral Sea next year, a journey that will take us from Kazakhstan to Uzbekistan, to document the devastating impact of water mismanagement that has almost destroyed the sea and surrounding ecosystem, as well as the lives of the local fishing communities. As with some of my other commissions, this is an incredible opportunity, and one that I am hugely excited about! 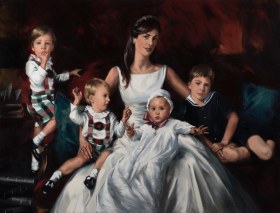 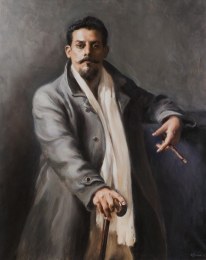 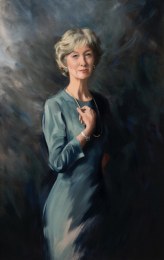 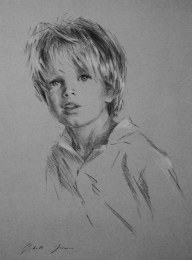 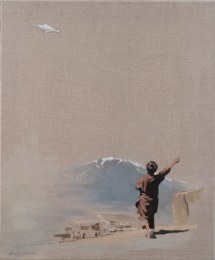 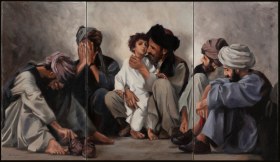 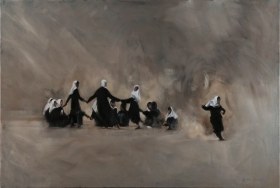 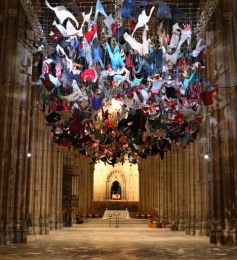 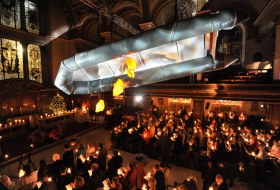 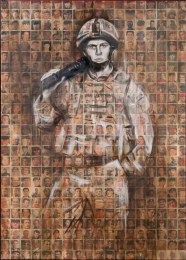